I received some hopefully great news from one of the petition signers (and hiker) about two weeks ago, but since I’ve been in China (where WordPress is blocked!) for the last three weeks, there was no way to share it. Here it is (thanks T!):

…according to [his contact], the planned differential pricing has been reviewed and OVERTURNED.
The fees will be revised to remove the two-tier pricing policy.
No change on the Yushan N. P. website yet, but hopefully that’s simply because things take a bit of time to filter through. Fingers crossed….

Apologies for not writing earlier, but I’ve been too busy to think of writing any blog entries for the last few weeks. Anyway here’s the latest on Yushan.

Five or six days after the petition was started, I wrote to Yushan National Park, enclosing the link to the petition, which by then had obtained just under 300 signatures and some very nice comments.

A week or so later they wrote back saying:

Your mail sent on May/26/2012, titled “Request to reconsider the dual-pricing system at Paiyun Lodge” has been received and processed by our Park Entry Service Unit and the response is as follows:

Thanks for your suggestions. The standard of Paiyun Lodge fee charged after reconstruction is based on the user pays principle, the 8th and 10th article of “Charge and Fees Act” and has been issued to lunch after processing the administrative procedure. It’s often seen that charging standard varied with users; take the student price and senior price for example. Also, there are indeed some scenic spots and national parks using different standard of fee according to nationality or citizenship. This kind of pricing system has existed for long.

We appreciate your kind feedbacks. Our headquarters will soon recalculate the cost and reconsider the pros and cons of current charging standard based on the factors such as the impression of (traveling in) Taiwan. The evaluation will be the basis of our future policy.

If you have any further questions, please feel free to let us know. http://mountain.ysnp.gov.tw/english/Email_Index.aspx

So there’s still hope, despite their strange insistence that duel pricing like this goes on elsewhere in Taiwan – neither I nor anyone else I’ve spoken to has ever come across this. We’ll see. Perhaps the best thing to come out of the petition though is that three different people who read the petition  or heard about it have contacts in the Department of Culture, who apparently  oversee the National Park system, and said they’d have a chat. This is Taiwan, after all, and the best chance of overturning the policy is to get inside guanxi.

Thanks to everyone who signed the petition. We didn’t get the huge support I was hoping for, but I much appreciate those who joined in and put their name down, and those who left comments. I’ve left the petition up, but sign ups slowed to a trickle several weeks ago, so I’ll close it today, since leaving it up any longer might do more harm than good.

AND FINALLY, while doing some research on my Islands book (which will be out in the autumn) the other day, I stumbled upon another head-scratcher of a policy already in place in another national park, Kinmen.   The famous (you may well have come across it if you’ve read up about Kinmen) and impressively big underground Qingtian Hall is open to the public, but ONLY to Taiwanese nationals. I phoned the Kinmen Government department that handles visits, and they explicitly said that foreign nationals are not allowed to go… Do they think we’re spies? Go figure.

I don’t normally do this kind of thing, but the decision by Yushan National Park (the protectors of Jade Mountain, the highest summit on Northeast Asia) here in Taiwan to slap a seemingly arbitrary and unfair surcharge on foreign visiting hikers sleeping at the main  hut on the mountain really made me angry. 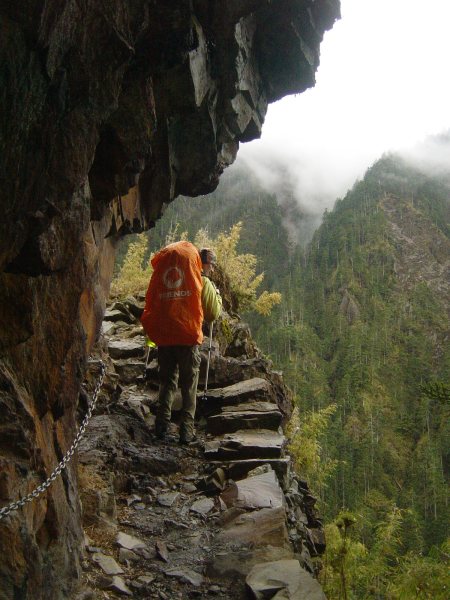 I’ve created a petition and am looking for a thousand signatures; please consider signing it. YOU DON’T need to be in Taiwan to sign – this proposal mostly affects tourists who may come to Taiwan to visit in the future:

http://www.change.org/petitions/yushan-national-park-stop-the-dual-pricing-system-plan-for-hikers-staying-at-paiyun-lodge?share_id=YckjnwMEORpe=pce
The full text of our petition is below, in case you’d like to know the gory details. Please share the link with friends, acquaintances and colleagues, and on Facebook.
Thanks!

We are very concerned at Yushan National Park’s plan to introduce a double-pricing system for hikers staying at Paiyun Lodge on Yushan, when the lodge re-opens.
While we are grateful that ARC-holding foreign residents are exempt from paying the higher rate, we feel that charging foreign visitors over three times the rate applicable to local and foreign resident climbers is both unfair and liable to create negative publicity for both Yushan National Park and the Taiwanese tourism industry in general. This policy could also set a worrying precedent, possibly encouraging other key tourist attractions in Taiwan to start their own dual-pricing system.

Double-pricing, a highly annoying practice for many tourists, is common in many third-world and developing countries, such as India, China and several nations in Latin America, where local residents earn a much lower salary than the average foreign tourist.  Such practice is highly unusual in developed countries such as Taiwan however, and implementation of a double-pricing system at Paiyun Lodge (which as far as we’re aware will be a first in Taiwan) will surely encourage unfavorable comparison with similar pricing systems at third-world tourist destinations.    We’re also concerned about the National Park’s declared reasons for establishing this double-pricing system. According to an email from the National Park in reply to an enquiry about the plan from Steven Crook (author of the popular

Bradt Travel Guideto Taiwan), recorded on Mr Crook’s blog (
http://bradttaiwan.blogspot.com/2012/05/paiyunlodge-aka-paiyun-shanzhuang-which.html),“The fee of Paiyun Lodge includes the cost of construction, management, and maintenance, etc. Local visitors staying overnight at Paiyun Lodge will be charged NT$220 per night. As for foreign visitors, the fee of NT$700 contains extra cost [sic]of management for the service of bilingual staff, the maintenance of website [sic] in foreign languages, English signs, and brochures in foreign languages, etc.”If foreign visitors (although curiously not including ARC permit holders) will be expected to pay a huge premium for the establishment of English signage/interpretive services etc. it will be a first in the Taiwanese National Park system. Taroko National Park and Shei-Pa National Parks have for several years provided a comprehensive, accurate and idiomatic English language service on their websites, in printed material and in signage, and to date have announced no plan to charge foreign visitors an extra cent for the service.    It appears we’re not alone in voicing our concerns as to the possible negative effects of a dual-pricing system at Paiyun Lodge among foreign visitors. On his blog, Mr Crook quotes a response from David W. Hsieh, the new director-general of the Tourism Bureau:

“Thank you for your email concerning the pricing policy of Paiyun Lodge in Yushan National Park. From the standpoint of international promotion, we think that it is not proper to charge foreigners differently from local citizens for the use of tourist facilities. As we mentioned before, national parks are outside the jurisdiction of the Tourism Bureau; we will, however, make strong suggestions about this matter to the Ministry of the Interior’s Construction and Planning Agency, which is the agency in charge of the parks.”

We feel strongly that the negative effects of the new pricing plan at Paiyun Lodge will far outweigh the extra capital to be gained by charging foreign visitors more, and ask you to seriously reconsider the merits of this planned dual-pricing system.

Anyway here are a few pics from my last ascent of the mountain four years ago: it’s a beautiful place and a pretty simple climb (it’s a lot easier than it looks!). 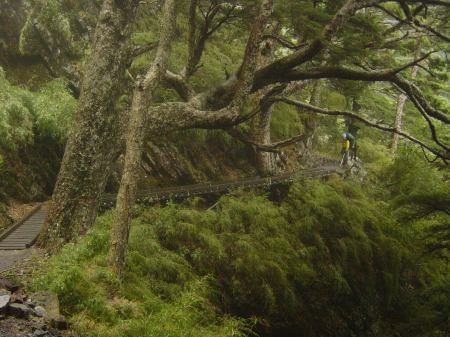 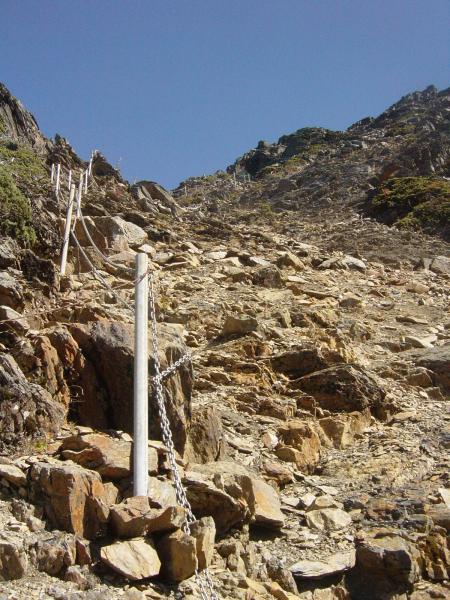 In the Cage, just below the summit

The summit path, from the trail to Yushan South Peak

6 thoughts on “Stop the dual-pricing system on Yushan!! (Please sign my petition…)”