The two volumes that make up Taipei Escapes are based on my first two books, Taipei Day Trips 1 and 2.  Some of the walks and day trips from those earlier two books (revised, with many route changes) reappear in Taipei Escapes, and these are joined by over twenty completely new routes (both walks and day trips) exploring places that have been opened up to hikers and visitors only after the two Taipei Day Trips were published, or are new personal discoveries.

Together, the two volumes of Taipei Escapes comprise forty sections covering walks in northern Taiwan, and twenty sections with detailed information on many day trips in the area. All the places described are accessible by public transport. Yangmingshan NationalPark is now covered in a separate book, Yangmingshan: the Guide.

For more information on the sixty walks and day trips described in the two books, click on one of the  the links below:

Yangmingshan: the Guide is a comprehensive guide to the  National Park to the north of Taipei City, Taiwan’s capital. The book is divided into two parts. The first describes the history, natural history, and geology of the area. Part two is divided into seven large sections, describing the National Park and its sights in detail, with forty-one walks of widely varying grade, from short, easy strolls to strenuous hikes through the National Park’s remote and rarely visited northern and north-eastern reaches.

The book comes complete with many maps and full details on reaching the park’s numerous attractions by public transport and by private vehicle. 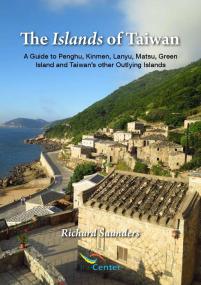 THE ISLANDS of TAIWAN

Taiwan isn’t an island  – it’s over a hundred! From the popular beaches of the Penghu archipelago and awesome diving in the ocean off Green Island to the mysterious aboriginal culture on Lanyu and the scenic, vastly underrated Matsu archipelago, Taiwan’s outlying islands are one of the most fascinating parts of the ROC.

This book is a comprehensive guide to Taiwan’s many outlying islands, their endlessly fascinating culture, eventful history, and many attractions.

For details about the book and its contents, click HERE

Taiwan is a perfect illustration of the saying that good things come in small packages. In comparison with more popular tourist destinations in the Far East, Taiwan is very modest in size, but despite its diminutive scale, the island has an astonishing amount to offer the curious explorer.

The two volumes that make up Taiwan 101 are the perfect guide for exploring the very best of Taiwan: not only the island’s finest hikes, but also its best historic towns and cities, brightest traditional festivals, unique Chinese and aboriginal cultural riches, and its little-known natural wonders such as eternal flames, mud volcanoes and badlands.

Together, Taiwan 101 Volumes 1 and 2 present Taiwan’s finest attractions to anyone that wishes to get to know this island of kaleidoscopic charms, and comes with detailed information on getting around by public transport, and accurate GPS coordinates of nearly 800 fascinating places.

A website with info on the two books is still under construction, but can be found HERE

TAIPEI DAY TRIPS (Out of print)

The first edition of Taipei Day Trips, published in 1998, was my first book; a humble, no-frills, no photos, spiral-bound little tome of 140 pages or so. It was researched and written (on an electric typewriter in my tiny, damp rooftop apartment in Muzha, Taipei City) over a period of three years or so (12994-97), in a way to prove to my many expat friends that there was a great deal more to do in Taipei than head down the pub at the weekends.

It became a modest success, so soon after publishing started working on Taipei Day Trips II: Walks on the Wild Side, which emerged in 2003. Finally in 2004, a second, rather expanded edition edition of Taipei Day Trips I, finally with color photos and a lot more info than the original

book. Taipei Day Trips I has proved probably my best-selling book to date: the original print-run sold out, and a second print had to made! 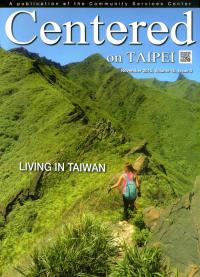 Among other published writings are countless newspaper articles devoted to exploring Taiwan, including a weekly column in Taipei’s China Post newspaper (called ‘Off the Beaten Track), which ran for over three years. There are also many magazine articles for various Taiwanese English-language magazines, including Topics, Discover Taipei, Travel in Taiwan,  Taiwan Fun and Centered on Taipei (co-editor).