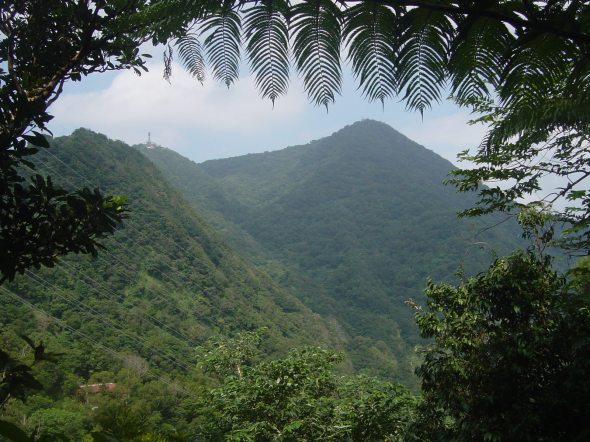 Guanyin Mountain is a familiar sight to anyone who’s taken the MRT from Taipei to Danshui as the shapely, many-peaked mountain rising across the broad waters of the Danshui River estuary. It also makes for some great hiking, commanding one of the Taipei area’s most magnificent views from the top if you’re lucky enough to get a clear day.  I generally avoid the popular ‘tourist’ route up the mountain from the showpiece Lingyun Temple in favor of a less well-known but more interesting (and demanding!) route from the front (river) side of the mountain, via the satellite peak of Mt. Jhan (占山).

Taking this route also has the advantage of passing close to one of the peak’s most intriguing yet little-known landforms, Chauyin (‘tidal sound’) Cave, a very narrow box canyon rather than a real cave, housing  a tiny shrine and, at the end, a small waterfall. END_OF_DOCUMENT_TOKEN_TO_BE_REPLACED