A quiet corner of Shanlinsi 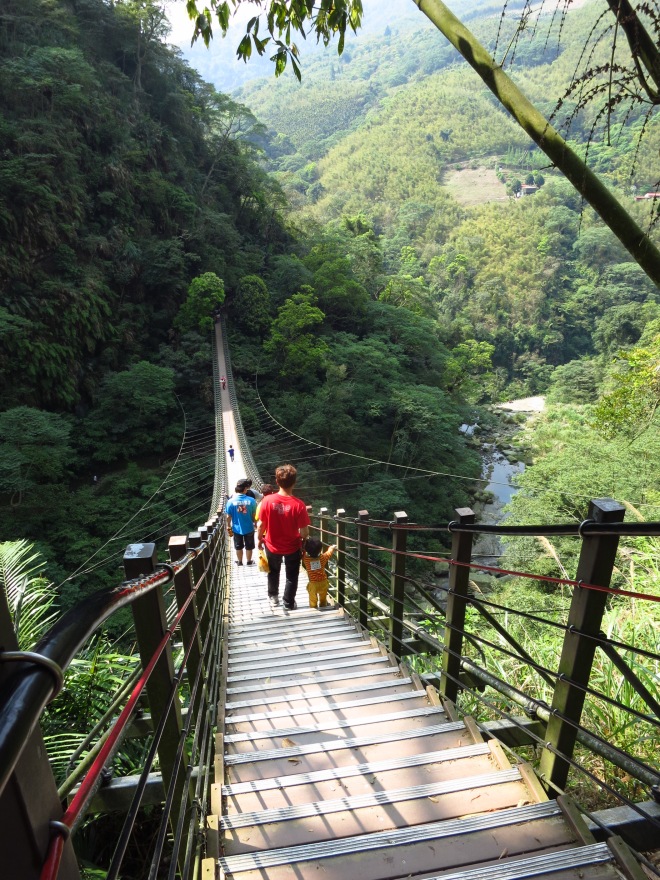 The beautiful coniferous forest at Sitou

With research on a new book well underway and a piano recital, it’s been all go recently. Hopefully soon I’ll get to write a bit about the latest favorites, but meantime here are three places in central Taiwan’s Nantou County that are definitely NOT off the beaten track, although none the worse for that (apart from the crowds of fellow visitors, high entrance fees, traffic jams on the way up and over-developed infrastructure). Shanlinsi, Sitou and the Heavenly Steps tend to look better in photos than they do in real life, but ignore the negative impact of mass tourism and they’re all well worth visiting – just start out early in the morning if you visit at the weekend to avoid the masses!

No details about any of these for now, partly because all three are well-known and well documented (even in English) on the Web already, and partly because these are three of the 101 places that will appear in my new book! 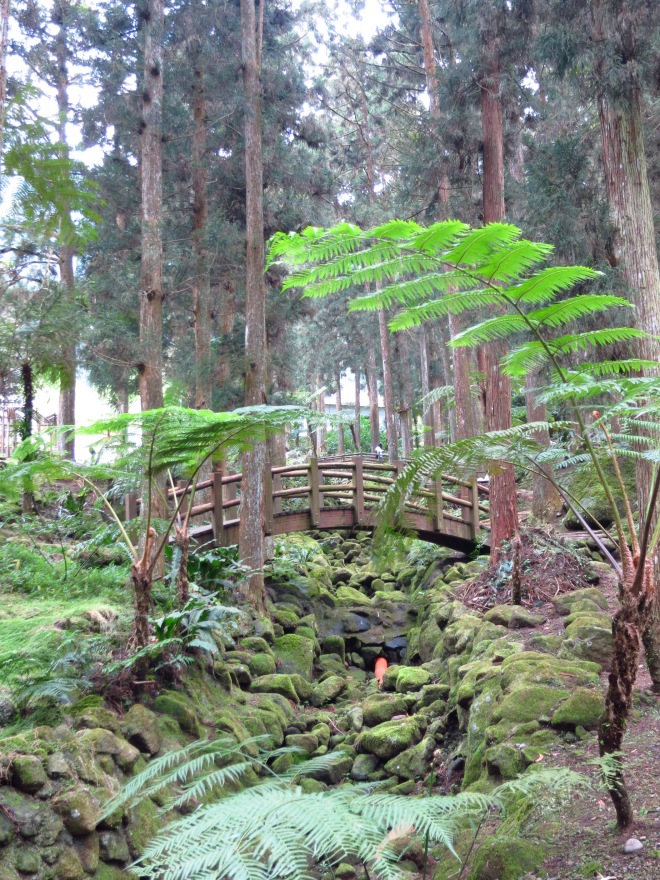 It’s a complete mystery why the rather ugly University Pond and bridge remains both the symbol of Sitou and its most popular spot, but at least it diverts the crowds from some far more lovely parts of the forest. 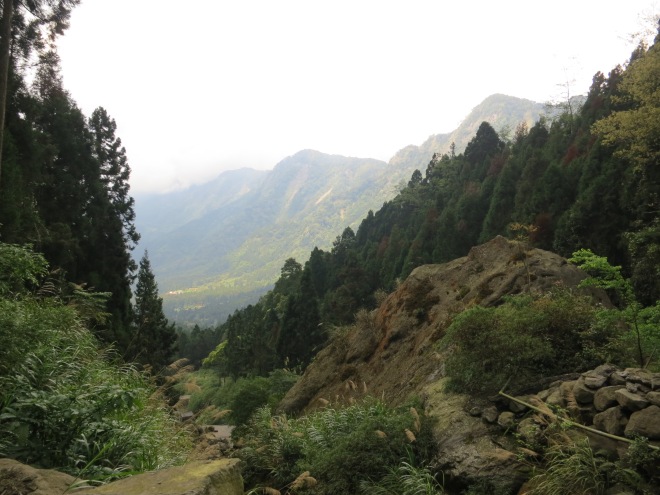 The Giant Rock, which fell down the hillside to its present position during the great earthquake of 1999. 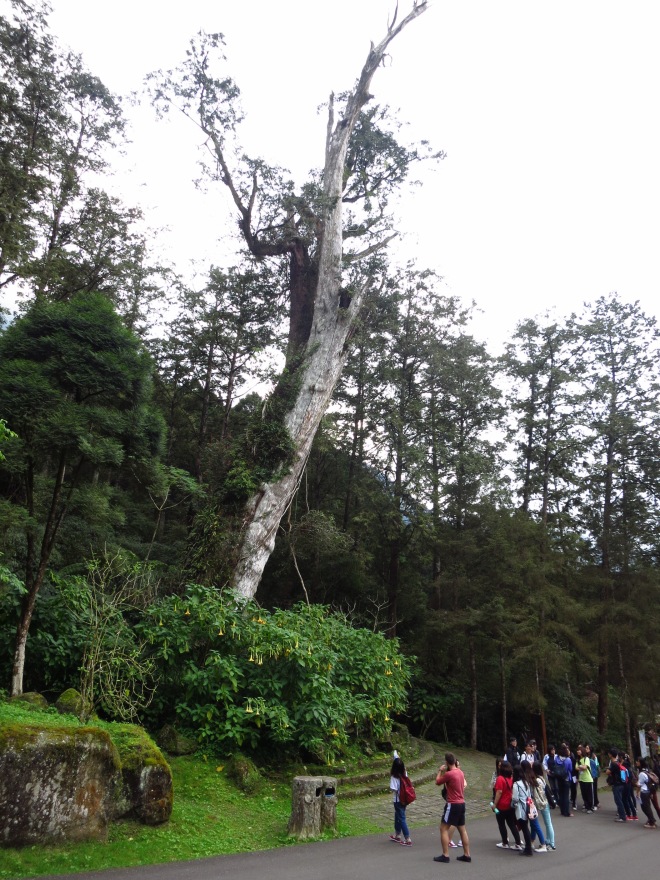 The ancient tree (an estimated 1,800 years old) at Sitou, another popular spot

The Sky Walk – the only one of its kind in Taiwan

The Stone Wells at the top of the Blue Dragon Waterfall 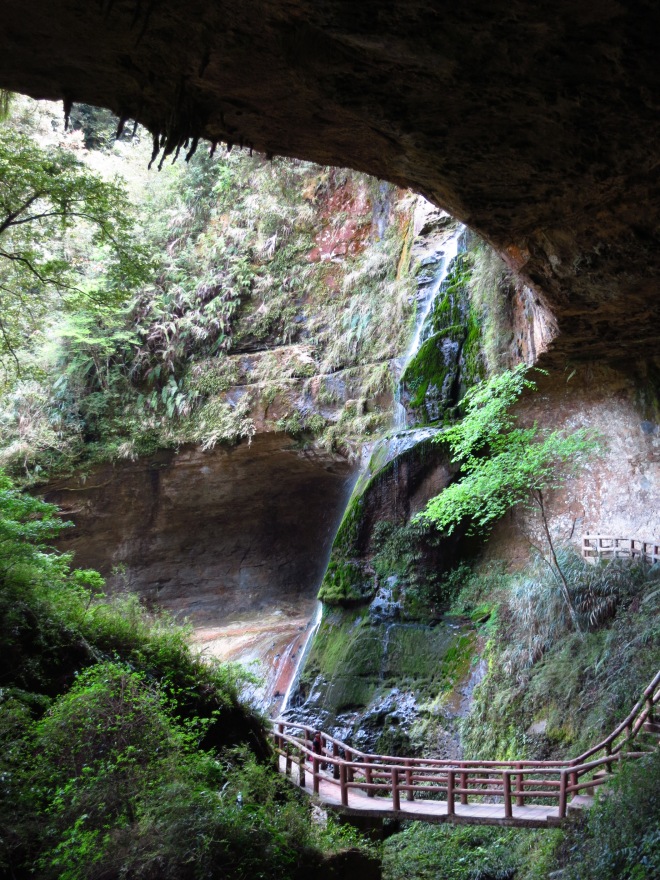 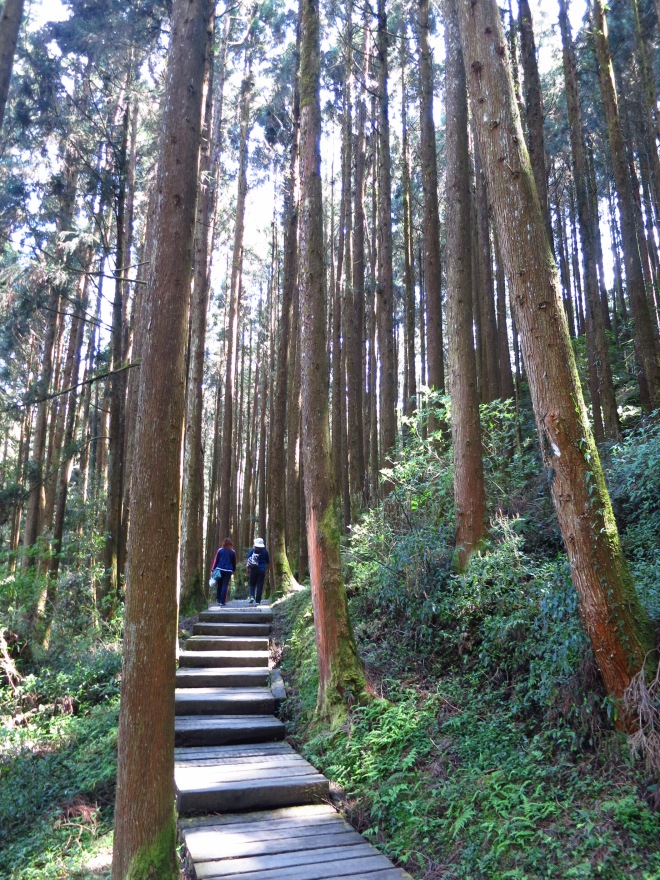 A quiet trail in Shanlinsi; the best places of the forest park are along the trails, away from the road, the bus, and the crowds, most of whom shuttle between the main sights along the road through the reserve 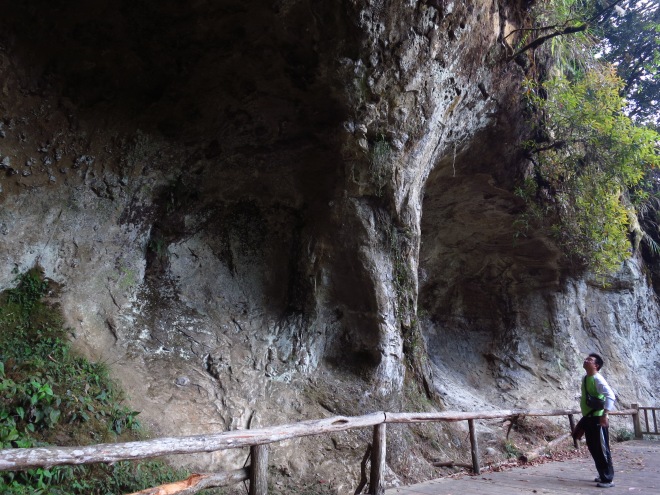 The Eyes of Heaven and Earth, at the top end of the trail network through the reserve 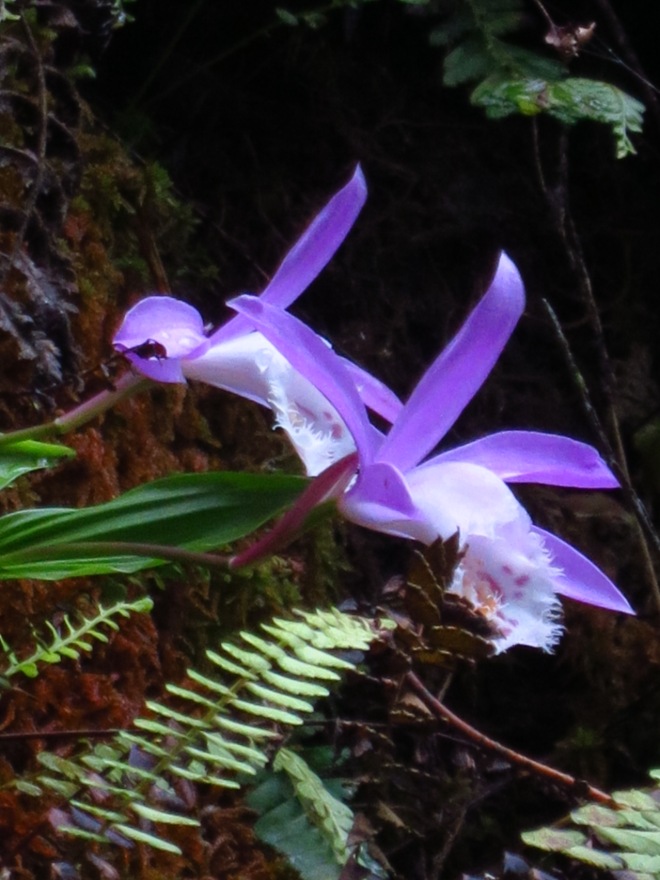 The Swallows’ Grotto in the dry season

A sadly only too-common sight in Shanlinsi – the stump of an ancient giant tree, harvested before cutting down such amazing trees was illegal

The impressive Blue Dragon Waterfall is supposed to be over 100 meters high; it must be amazing in the wet season

…and the bridge just below it

Most visitors to Shanlinsi in the spring are here for the flower festival – peonies, azaleas and cherry blossom

The authorities seem determined to turn this beautiful slice of high mountain scenery into an amusement park, and I must say they’ve succeeded pretty well

The bit of Taiji Canyon accessible these days isn’t even a pale shadow of the magnificent main gorge a little further downstream, but until that amazing place (described here – see number 8) reopens to hikers (which might be never) this place has its moments.

Blue Dragon Waterfall, one of the main landmarks of the Upper Gorge at Taiji Canyon, near the end of the Heavenly Steps path

4 thoughts on “Some recent Pics…”